Tu Ashi Jawali Raha: 5 Things We Are Going To Miss About The Show!

From Manva and Rajveer's romance to Mai's maturity, here are aspects of the show that we will always remember. 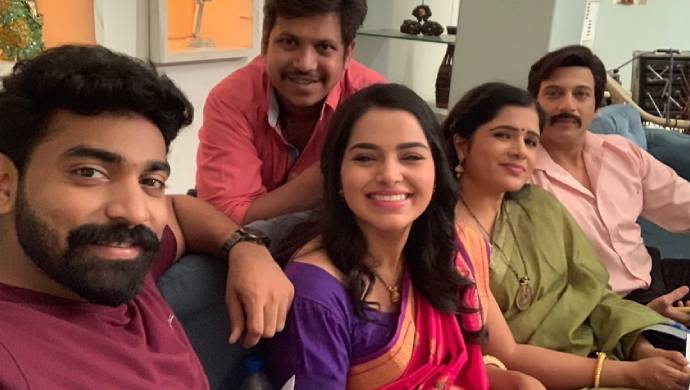 Titeeksha Tawde and Siddharth Bodke‘s project Tu Ashi Jawali Raha gained a place in our hearts just within a few months since the show began. Now as the Marathi serial is bidding farewell to the audience and fans, we can help but already start feeling sad about it. Hence, we decided to chalk out aspects of the show that will always be etched in our memory. Have a look!

Don’t we all a healthy dose of onscreen drama? We could thank Kaka and Kaku for keeping the drama continuously flowing in the Marathi serial. Right since the beginning, all they wanted to see is the downfall of Rajveer and Manva’s marriage. Although their tactics were evil but it was thoroughly entertaining to see their plans fail, that too, miserably. Kaka, especially, went after Rajveer’s property which he couldn’t get a penny of.

Manva’s transformation on the show was a must-watch. She went from being a docile wife who blindly obeyed her dominating husband to an empowered woman who could distinguish right from wrong. During this phase, Manva started standing her ground as her perspective towards situations slowly changed. She didn’t raise her voice, much rather convinced Rajveer in a smart way.

Even though the couple had major issues in their marriage, they never left each other’s side. They stood by each other during the harshest storms and emerged out of the bad phase just as strongly. In our generation where the divorce rate is increasing and the marriages are getting annulled, Manva and Rajveer serve a perfect inspiration.

As shallow as this point may seem, we HAD to include it. We can’t help but admire Rajveer’s (oh-so-charming!) dress sense. His neatly tailored blazers over casual t-shirts always became a source of inspiration to the youngsters. His office-going wardrobe was formal with a hint of casualness to it! Even at home, Rajveer wore fancy dhotis and paired them with contrasting kurtas.

In every family, we all need that one person who will hold the family together. In the Mohite-Patil household, Mai was that person. She understood Rajveer’s temperamental nature, Yash’s cunningness and Alaknanda’s immaturity while knowing the way to deal with them. We have never once seen her raise her voice as she showed her her family members the importance of having each other.

After reading this piece, are you going to miss Tu Ashi Jawali Raha? Tell us your thoughts in the comments below.