Tu Ashi Jawali Raha: 5 Ways Manva Can Stop Being A Victim And Stand Up For Herself

It may be easy to blame it all upon herself, however, Manva should know that it isn't her fault. 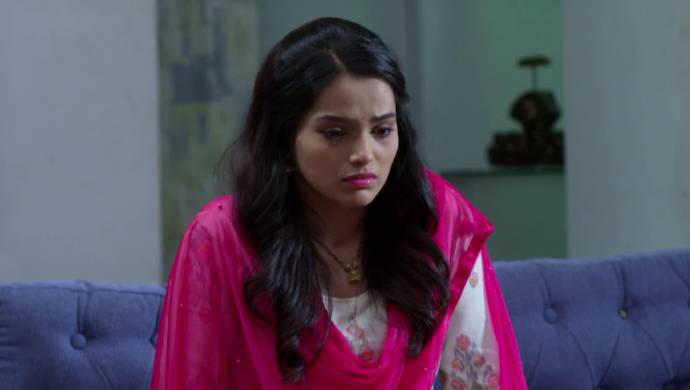 It hurts to see Manva in a dire condition in Tu Ashi Jawali Raha. Always seen submitting to Rajveer’s dominance, she has ended up hurting herself continuously. Recently, we saw Rajveer punish her for talking to her own family. As unreasonable as it sounds, it did happen. Then, Rajveer left a heartbroken Manva outside the house as she collapsed and her condition deteriorated. After watching the whole scene, we wanted Manva to empower herself more than ever. So, we have listed ways, she could empower herself. Read below!

As Rajveer’s dominating nature has reached its peak, it has become mandatory for Manva to take action at the earliest. She should speak to him and stand her ground without budging. If that doesn’t happen, the situation will just worsen and their marriage will spiral out of control.

Manva needs to trust herself and her decisions when she is around Rajveer. She needs to know that she is doing the right thing by talking to parents and Rajveer may not be the best person to seek guidance from. Manva ought to remember that she is an educated person who is capable of coming out of the suffering.

We have seen Manva think about the situation and keep crying over it. Understandably, as humans, we all have done that at some point or another. However, that’s not the way out, since hanging on to self-pity is easier than doing something about the situation. Being self-piteous makes you believe that it’s okay to be in this negative situation.

We live in the age of the internet. As all the information is out there, it shows you that you aren’t the only one suffering through this. Reading blogs online could help Manva get a better understanding of tackling the situation at hand. She will gain the confidence to improve her marriage with Rajveer.

While thinking about the atrocities that are committed against her, Manva can lose sight of all the good people that she is surrounded by. Manva should be grateful for all the privileges and increase her own worth.

Which amongst the points do you agree with? Let us know your thoughts in the comments below.

Meanwhile, for more entertainment, check out the latest episode of your favourite Marathi TV shows streaming free on ZEE5.

Why All Of Us Need A Friend Like Kabir From Hampi