In Tu Ashi Jawali Raha, from being a dominating husband to making Manva's life miserable, Rajveer is responsible for it all. 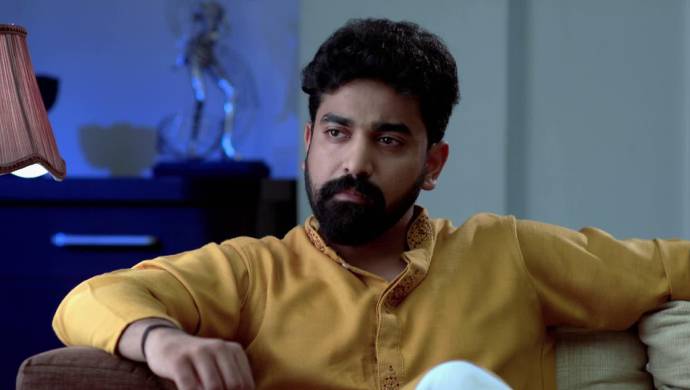 Nothing comes easy in life, not even relationships. You must think a person that makes you so happy, is the one. But, what if this person is also the reason behind your extreme sadness? Same is the case with Rajveer and Manva in Tu Ashi Jawali Raha. Manva fought against the whole world to get married to Rajveer. However, her faith in Rajveer was proven wrong not once but multiple times. So today, we are going to look at everything that is wrong with Manva and Rajveer’s shattering relationship and his behaviour.

Watch an episode below:

Unfortunately, relationships aren’t as rosy as they same. It needs limitless hard work to nourish it from infancy to adulthood. Seeing Manva and Rajveer’s undernourished relationship in Tu Ashi Jawali Raha makes us cringe badly. While Manva has made compromises and listened to Rajveer, he isn’t willing to do the same. Rajveer always wants to be dominant in the relationship. His egotistical nature refuses to let him accept his faults. Due to these faults, he disrespected Manva’s parents who have always been nice to him. When do you think will Rajveer realise these mistakes that he is making?

He is always so angry that he refuses to accept that he is at fault. After Manva separated from Rajveer, his behaviour on the professional level has changed. It has become detrimental to his business which is slowly crashing. We would love to see Rajveer change for everyone’s benefit. Then, we want him to regain Manva’s trust and bridge the gap that he has created.

What do you think about Rajveer’s behaviour? We would love to know your thoughts in the comments below.

You Can't Get Enough Of Vaidehi And Manas' Adorable Relationship In Phulpakhru! Watch Now On ZEE5!

Are You A Middle Child? You Will Relate To These 5 Things From Chi Va Chi Sau Ka