In the last episode, we saw Rajveer and Sadhana on opposite sides of the sword. He wanted to send his own mother out of his house. 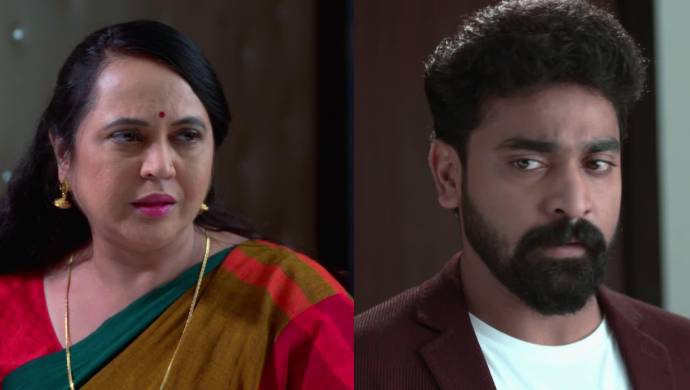 Understanding Rajveer’s personality in Tu Ashi Jawali Raha has been a… journey, to say the least. His mood swings have been like a pendulum swinging two extreme ends. Due to this, Rajveer has been in two frames of mind- happy or angry with pretty much no in-between to it. Currently, if you’ve watched the last night’s episode, you would see Rajveer’s anger reaching its peak. However, this time, it wasn’t Manva who triggered him, but his mother Sadhana. Rajveer ordered to throw Sadhana out of the house which we thought was wrong. What is your opinion?

If ‘angry young man’ has a face, then, undoubtedly it would take Rajveer’s. Rajveer temper flares and angry issues have been the famous part of Tu Ashi Jawali Raha. Recently, we saw Rajveer in yet another one of his bad moods. The reason for it was his estranged mother Sadhana who came to his house with Manva’s help. Although she faced opposition from everyone, Mai supported Manva who stood by her decision of getting Sadhana home. However, when Rajveer saw this, Sadhana’s presence didn’t go down well with him. He wanted his mother to get out of the house. Seeing Rajveer create a scene made us sigh as Rajveer’s overreaction wasn’t required. We understand Rajveer’s anger towards Sadhana, but the latter had her reasons to leave Rajveer when he was young. Rajveer didn’t have to scream so loudly at his mother who was crying.

When Rajveer was young, due to a misunderstanding, Sadhana had to leave the house. Rajveer’s father, when he was alive, had not wanted her to return back to this bungalow. We want Rajveer to give his mother a second chance and reconcile with her. Whose side do you favour? Let us know in the comments below if you rooting for Rajveer and Sadhana to patch up.

Saajana: Will Pratap Be Able To Explain Himself To Raosaheb?