Manva is stuck between her parents and Rajveer! 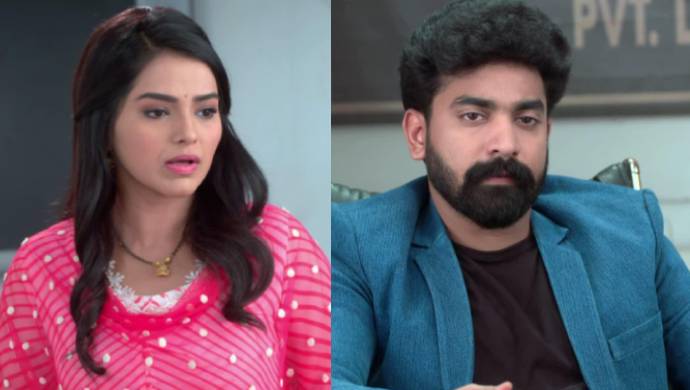 Time and again, movies have shown us the true power of love. However, being in love with a person can also evoke other strong feelings of jealousy and possessiveness. While they can be adorable to an extent, but after a point, it could cause harm to the relationship. The best example if this is Rajveer and Manva’s relationship in Tu Ashi Jawali Raha. After distancing Manva from her brother, now Rajveer’s overprotective nature is a threat to her relationship with her parents. Are surprised after reading this shocking news? We have the details for you below!

Last week, in Tu Ashi Jawali Raha, we saw Manva’s situation with her brother worsen due to Rajveer’s accusation against Nitish. Being too influenced by Rajveer, Manva raised her hand on Nitish who was humiliated for no reason. Now, to give us a glimpse into Manva and Rajveer’s relationship, Zee Yuva shared a promo on social media. In the video, we see Rajveer isn’t letting Manva stay with her parents for a few days. Her father seeks Rajveer’s approval but he flatly turns down these requests.

Amidst this conversation, a lost Manva is stuck between the two parties. She doesn’t know if she should stay at her parents’ house and dishonour Rajveer or be with Rajveer while distancing herself from her parents. In the previous episodes, we see, Rajveer promising that he will keep Manva with him if that costs her being separated from her loved ones.

Will Manva understand Rajveer’s plan of isolating her and how will she handle it? Let us know your thoughts in the comments below.