We want to know what you think about the argument between Manva and Nitish! 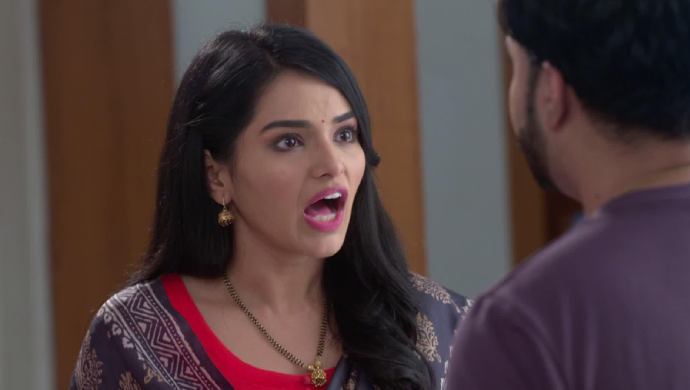 Manva and Rajveer’s relationship in Tu Ashi Jawali Raha has been nothing short of dramatic. But, after spending time with him, Manva has learnt to handle Rajveer’s temperaments and his fragile ego. Although, the drama around them doesn’t seem to cease, the couple keeps holding each other through it all. However, last week in the show, Manva fought with Nitish after hearing Rajveer’s complaint, how right was her stand? As we lay the situation in front of you, tell us your opinion.

Before you start reading it, check out Tu Ashi Jawali Raha below:

Last week, Manva and Rajveer had gone to support Nitish for his office’s inauguration. They both were supposed to cut the ribbon and honour the ocassion. Unfortunately, the turnover of events was anything but jovial. As Rajveer went to pick up the scissors to cut the ribbon, Nitish took it unknowingly. This irked Rajveer and hurt his ego. This was followed by Nitish excluding Rajveer from the family picture by asking him to wait. In Nitish’s defense, it was an innocent gesture, nonetheless, Rajveer was infuriated.

After Rajveer informed Manva about this, she barged into her parents’ house and humiliated Nitish who didn’t know the cause of such fury. She asked Nitish to apologise to her husband but he flatly refused to do so. Finally, Manva gave Nitish an ultimatum that she will never enter the house if he doesn’t apologise. Was this extreme overreaction required for Manva? After all Nitish didn’t have a bad intention of taunting Rajveer. Or, do you think, Nitish should have taken a step back an apologised to his elder sister?

Let us know your thoughts in the comments below.

For more entertainment, check out the epic love story of Phulpakhru streaming free on ZEE5.

Ek Ghar Mantarlela: Will Gargee Escape The Horror In Store for Her? Watch Video!