In Tu Ashi Jawali Raha, Nitish innocently excludes Rajveer from the photo, this hurts the latter's ego. Because of this, Manva and Nitish fall out. 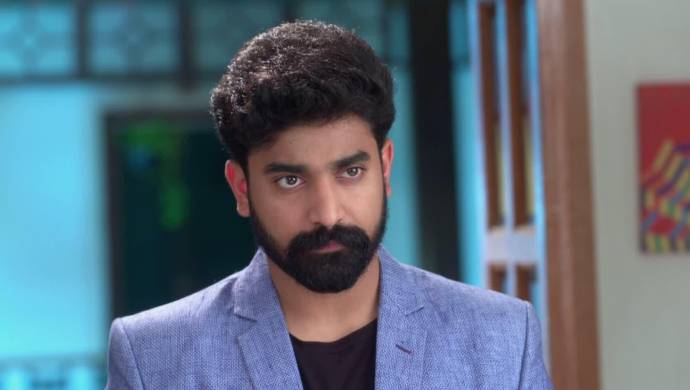 Last week on Tu Ashi Jawali Raha, Manva is upset with Rajveer as he can’t come for Nitesh’s celebration. Finally, after seeing her upset, he accompanies her for the inauguration of Nitesh’s office. After reaching there, Manva and Rajveer are asked to cut the ribbon. But, as he is about to pick up the scissors, Nitesh picks it up innocently. This incident is followed by Nitesh excluding Rajveer from the family photo. These instances enrage Rajveer as he starts throwing things in the house.

As Rajveer is breaking the crockery in the house, his friend stops him. Meanwhile, Manva is left alone at the inauguration as Rajveer left. Sushmita takes this opportunity to incite her against Rajveer. Manva is questioned by her family about him but she doesn’t reveal anything. Going home, Rajveer tells her the cause of his disappointment and even Manva gets angry at Nitish. She and Rajveer barge in her parents’ place. She starts screaming at Nitish for disrespecting her husband. Nitish doesn’t know what made her so mad as it was an innocent mistake from his side. He refuses to apologise to Rajveer as the situation between Manva and Nitish aggravates.

The next day morning, Manva’s parents are thinking about her behaviour the previous night. She told them that she will never step in this house unless Nitish apologises. Meanwhile, Rajveer tries to convince Manva to call her parents and talk to them. In the night, Manva’s mother is crying about Manva and Nitish’s fight. She feels once upon a time they used to be so close to each other. The next day in the morning, Baba goes to Nitish’s office trying to convince him to apologise to Rajveer. Nitish doesn’t want to do so, but Baba asks him to do this for the whole family. Finally, he reluctantly agrees.

They both go to Rajveer office as his assistant asks him to wait. Nitish believes Rajveer is being cruel on purpose but Baba tells him he needs to do it for his sister.

Exclusive: Abhijeet Shwetchandra Reveals How He Relates To Pratap From Saajana