This week on Tu Ashi Jawali Raha, on Rajveer's saying, people blame Colonel for robbing the jewels from the temple. 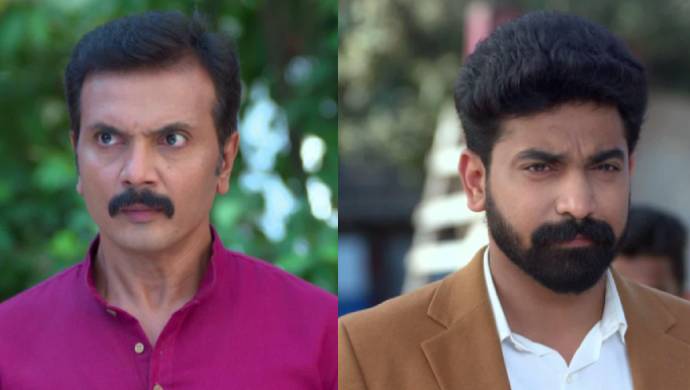 In Tu Ashi Jawali Raha, Colonel sees Rajveer talking to a man. He gets suspicious and decides to talk to that man in Rajveer’s absence. Rajveer’s mother and Manva have gone to meet the latter’s parents. Manva is waiting for her father to return soon as she and Rajveer’s mother have to reach home before Rajveer returns. Colonel confesses that he was hurt when Manva refused to come with him. Manva defends her husband saying that he is very protective of her. Colonel confirms if Rajveer is behaving well with his daughter and suspects she is hiding something from him. But, Manva assures him that she is happy with Rajveer.

At night, Nitish feels Manva should’ve waited at home instead of leaving so soon. Meanwhile, Colonel still thinks Manva wanted to tell him something but she couldn’t. The next day, Colonel meets the man who had tried to shut Manva’s school down. He asks the man if he did this on someone’s saying or if the notice was actually issued by the government. The man confesses it was Rajveer Mohite Patil who had instigated them to close the organisation. Then, as the school was going to cease from operating, Rajveer again asked them to not shut it down. Manva’s husband Rajveer wanted to become a hero in her eyes, hence he did all this. As a consequence, that man is suspended.

Colonel is disturbed after hearing this. He reveals this to Manva’s mother and Nitish that Rajveer was behind creating a fiasco at Manva’s school. Nitish insists they tell Manva about this, but Colonel isn’t ready to do so as Manva respects Rajveer too much. On the other hand, Rajveer is upset with Manva for neglecting his restriction from visiting her parents. He wants to punish her for not taking him seriously. He plants a man behind Manva’s father. At night, he provokes Manva against her father. Meanwhile, on Rajveer’s saying, Jadhav blames Colonel for the robbery of jewels. Even after being innocent, he can’t prove it to people.

Saajana: Rama And Pratap Come Close To Each Other Slowly? Watch Video