In Tu Ashi Jawali Raha, Kaka has consistently tried to disrupt Rajveer's business. We wonder if his current plan will work. 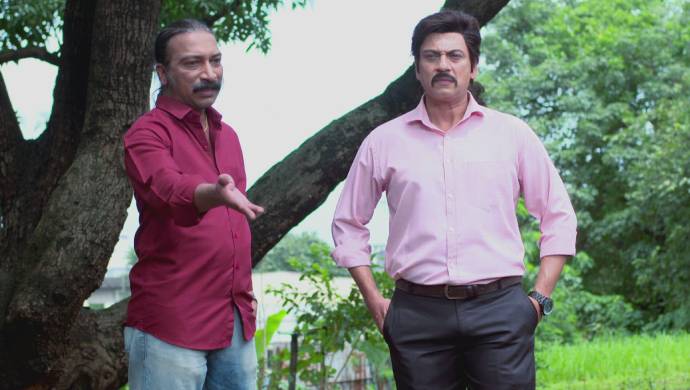 Kaka and Rajveer’s relationship has been shaky since the beginning of Tu Ashi Jawali Raha. He never much liked Rajveer and always tried to bring him down. Their relationship worsened after Manva came into the picture. Kaka and his family have time and again attempted to break Manva and Rajveer’s marriage. As if those plans weren’t enough, now Kaka is slyly attempting to destroy Rajveer professionally and bring him to his knees. This sounds pretty scary, right? Well, we feel that too. Do you think Kaka’s plan against Rajveer will work?

After being surrounded by numerous thorns, we are often led to wonder if Rajveer and Manva will ever get their (much-deserved!) happy ending. Rajveer’s dominating nature and possessiveness don’t help as Kaka tries to rip his personal and professional life apart. Currently, Kaka is trying to create hurdles in Rajveer’s business. We saw him go behind Rajveer’s back and join forces with the union leader of Rajveer’s company. This would lead to Rajveer facing loses as his employees go on strike. Even though the union leader was reluctant Kaka coaxed him to work against Rajveer. We hope this plan doesn’t work because it would be the downfall of Rajveer’s hard-earned empire.

This hasn’t been the only attempt. Previously, too, Kaka and Yash collaborated with Rajveer’s business rival, but those efforts clearly didn’t work. Now, seeing Kaka try to ruin Rajveer again makes want to reach out and warn him about the plans going on behind his back. What do you think will happen? Let us know your thoughts in the comments below.

Inspired By Nachiket's Personality, Here're 5 Ways To Impress Your Crush On First Date!