Kaka wants to kill Manva, who lies unconscious in the hospital bed, because she threatens to reveal his true face. We hope this doesn't happen. 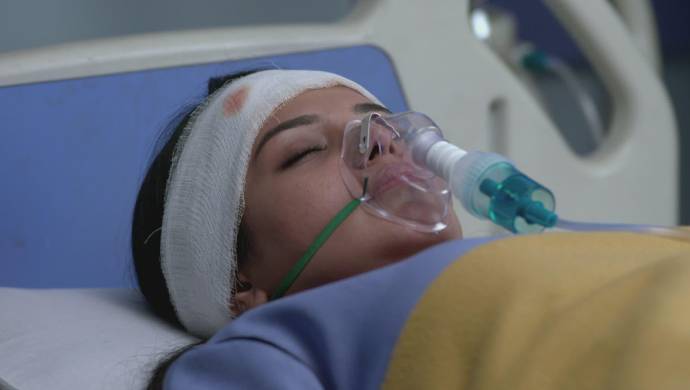 You can always count on Kaka to come up with evil plans to destroy his family members in Tu Ashi Jawali Raha. This time, too, he lived up to his expectations and injured Manva who had threatened to tell his truth. Manva came to know that Kaka is responsible for crumbling her husband, Rajveer’s family. So, when Manva confronted Kaka about this, Kaka pushed Manva and ran away. Now, Manva is in the hospital and Kaka plans to kill her before she reveals his secret to Rajveer and rest of the family. Do you think Kaka will be successful?

Kaka has mostly been the cause of Rajveer’s downfall. After unsuccessful attempts to pull down Rajveer’s business, Kaka retorted to creating differences between Rajveer and Manva. As his plan was almost successful, Manva realised that it is because of Kaka’s emotional stress Rajveer’s father is no more while he and his mother are estranged. A panicked Kaka attacked Manva and left her unconscious in the middle of the road. However, she was brought to the hospital and now Kaka and Yash are planning to remove Manva’s oxygen mask before she gains consciousness. Once Manva is gone, no will ever come to know of Kaka’s sins. We truly hope that Kaka’s plan is unsuccessful and Rajveer realises the snakes that he is surrounded within his own family.

If Manva’s survives this battle in the hospital, there is a chance that Rajveer will also improve for good and she and he can have their much-deserved happily ever after. Maybe we are thinking much longer into the future, for now, we just want Manva to stay strong. After reading this, what do you think, does Kaka deserve another chance? Tell us your thoughts in the comments below.

Supu And Tanya's Relationship Is Our Favourite In Phulpakhru, Here's Why!

Diwali 2019: Everything You Need To Know About The Different Days During The Festival