Tu Ashi Jawali Raha: Will Manva Be Able To Meet Her Parents Before Rajveer Stops Her?

In Tu Ashi Jawali Raha, Rajveer is again attempting to distance Manva from her parents. We hope the past doesn't repeat itself. 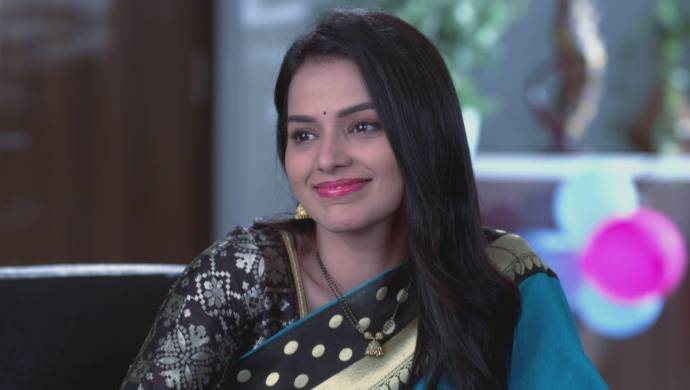 Old habits die hard, don’t they? With your old-self always watching you, turning over a new leaf is easier said than done. The fresh example of this is Rajveer from Tu Ashi Jawali Raha. After having a major argument with Manva, she left him for good. We thought this temporary separation from her would put their marriage into perspective for him, but that didn’t happen. In fact, Rajveer was nice to Manva only for a time being and now he has become his old self. Yet again, he has started becoming possessive towards Manva. Amidst this, will Manva be able to see her family before Rajveer distances her?

Manva’s reality has already begun to change with each passing day without her knowing. She isn’t aware that her husband, Rajveer is again trying to isolate her from everyone else. Recently, Manva’s family excitedly invited her and Rajveer home for a pleasant meal. As her mother prepared all her favourite dishes, Rajveer tried to stop this union from happening. He cunningly kept Manva’s phone in their car. Then, he surprised her by taking her out. During this, Manva didn’t realise her phone was left behind. Her parents were calling her, but Rajveer switched off the phone purposely. Seeing this, Rajveer’s psyche is hard to understand. What is he going to get out of distancing Manva from her family? When he tried that earlier, it only resulted in Manva slipping into depression.

We hope Manva understands Rajveer’s traps before it is too late. On the other hand, Mai and Sadhana can always help Rajveer before he loses Manva permanently. After reading this, we would love to know your thoughts on Manva and Rajveer’s marriage. Tell us in the comments below.

Watch The Adorable Romance Of Vaidehi And Manas In Phulpakhru On ZEE5!

Almost Sufal Sampoorna: Will Appa’s Family Point Out His Mistake?