Tu Ashi Jawali Raha: Will Rajveer Apologise To Manva And Bring Her Back Home?

Manva left Rajveer's house after he questioned her integrity. We wonder if Rajveer's ego will let him get her back. 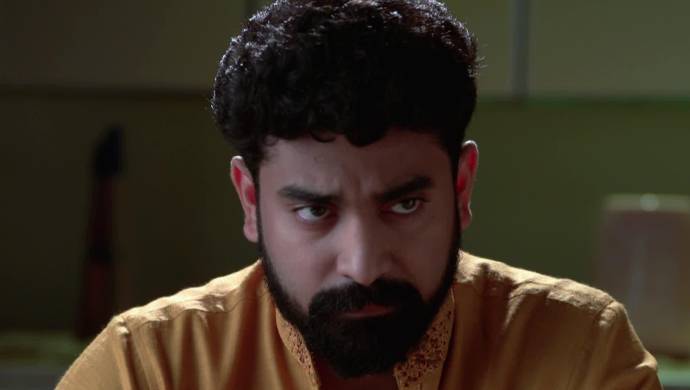 This week on Tu Ashi Jawali Raha, Rajveer and Manva’s argument was the highest point in the show. Rajveer doubted Manva’s friendship with Kaivalya and humiliated her in front of everyone. After this point, there was no turning back for Manva as she decided to leave the Mohite-Patil house. Although we completely support Manva in this situation, we wonder if Rajveer will keep his ego aside and apologise to her for his mistake? We would also love to see Rajveer bring her back home.

Manva’s outburst in Tu Ashi Jawali Raha was totally justified. Rajveer questioned her character after she has always been loyal to him. Manva retaliated by telling him that she did a mistake in marrying him. She should have rather listened to her family who was against their union. She trusted Rajveer and went ahead with her decision which didn’t turn out so well because of Rajveer’s constant insecurity. After completely isolating Manva from her career, hobbies and family, Rajveer kept an eye on her. This agitated Manva and she left him. Rajveer needs to make up for the trouble that he has caused her. Rajveer claims that he loves Manva, but from the looks of it, we feel he is unhealthily obsessed with her. We believe he needs to change his possessive and dominating nature.

Given his huge ego, we don’t think Rajveer will ever apologise to Manva. He has always called the shots in his house and expected people to obey him. After reading this, do you think Rajveer will get Manva back? We would love to hear what you have to say in the comments below.

Watch The Feel-Good Love Story of Anjaana Anjaani On ZEE5

Phulpakhru: Do You Think Revati Is Ignoring Manas?