Manva is forced to tell Rajvir about Alaknanda and the photographer. 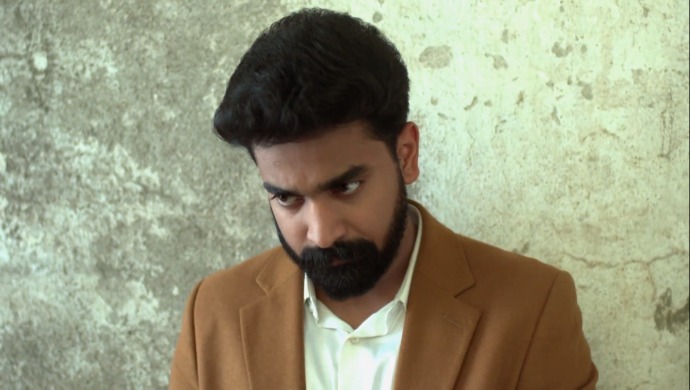 In the last episode of Tu Ashi Jawali Raha, Manva agrees to tell the truth to Rajvir . He forces her to tell the truth else he won’t be a part of the Gudi Padwa celebrations. She asks him to first calm down and not get angry after listening to the truth. Manva tells Rajvir how a photographer forced Alaknanda to get intimate. Rajvir gets angry over this and comes in the main room where everyone is sitting.  Rajvir calls Alaknanda and slaps her. He questions her who gave her the permission to pursue modelling. He then finds out the photographer and teaches him a lesson.

Watch the preview of the next episode below:

In the preview, we see Alaknanda’s father blaming Manva for not telling about the incident to Rajvir. Rajvir then stops him and tells him that he very well knows what is going on in his mind. He also asks him that as a parent why did he fail to keep a check on his daughter.Manva tries to tell Rajvir that she tried telling Alaknanda but she didn’t listen to her. Rajvir then tells Manva that henceforth she should never take anyone’s side before him.

Will Rajvir ever forgive Manva for keeping a secret? Or will he punish Alaknanda for the incident? Let us know in the comments below.

Do you wish to watch something light and entertaining? Watch Chala Hawa Yeu Dya streaming on ZEE5.

How Did The Phulpakhru Team Celebrate Completion Of 600 Episodes?