For Phulpakhru fans, Vaidehi played by Hruta Durgule is like their family member. 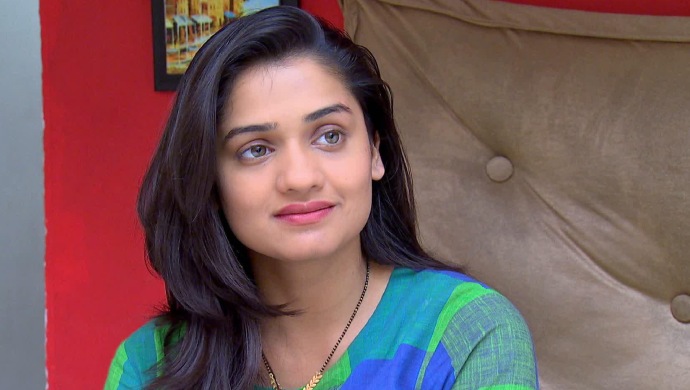 With the arrival of Manas and Vaidehi’s cute bundle of joy, the story of Phulpakhru has taken a new turn. The little princess is named after her father Manas and Vaidehi which is ‘Maahi’. It has added a different perspective to the character of Vaidehi as a mother. Hruta Durgule plays the popular character on the show. For loyal fans of the show, Vaidehi is like a family member to them.

Take a look at her performance on the show below:

Over time, we have seen Vaidehi’s transition from a college student to a mother. Vaidehi was well received by the audience. It wasn’t an easy job for her as she was already known for playing another character which was popular amongst the audience. She had to break the mould and let the audience accept her in the new role.

Watching her as a teenager was one of our most favourite phases of the show. Even as a teenager, her character had that simplicity and maturity which made Manas fall in love with her.

When she married Manas

The character has evolved so beautifully that every girl who was about to get married or got married could easily relate with her. While shooting these episodes, the makers of the show made a point to keep things as real as possible, which resulted in outstanding onscreen chemistry. It was not only about Manas and Vaidehi but more about reintroducing Vaidehi in a new form.

It was a new role for the actress once again as she had to play a new mom. She took a lot of efforts to get the look and feel the emotion. The character of Vaidehi very well conveys the emotion of every first-time mother and the actress received appreciation for the same.

Don’t you think Vaidehi played by Hruta is an inspiration to all the women out there? Do let us know in the comments section below!

Would you like to watch another love story? Watch it on ZEE5 now.

Phulpakhru Actors Talk About The Importance Of Independence On Women's Day