All those of you are rooting for Meenakshi can finally break into a happy dance. 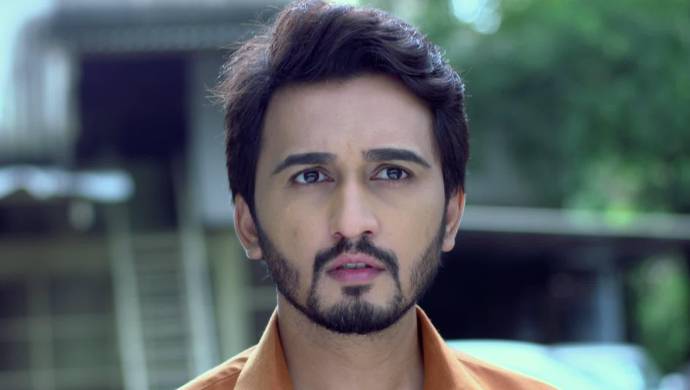 Looks like our prayers have finally been answered! In Vartul, Abhi is slowly getting to know Vikram’s real side after a long, long wait. Initially, we thought Meenakshi would be the person who would tell the whole truth to her husband about Vikram. But, that didn’t go as planned. Last week, we saw Abhi suspecting Vikram after he saw the latter’s uncouth behaviour on the road. Vikram got in a fight with a stranger and started abusing him. Abhi, who was passing by, witnessed this fight and saw Vikram’s temperamental behaviour. Do you think this will tarnish Vikram’s image in front of Abhi?

Watch the latest episode of Vartul below:

In Vartul, Meenakshi’s, evil ex-husband, Vikram lied about his identity to Soha’s family in a bid to get married to her. He told them he is Tejas Sahastrabuddhe, a businessman returned from France. Obviously, everyone in Soha’s family, including Abhi, was impressed with him and they welcomed him in their household. However, only Meenakshi, who truly knew him as Vikram, tried to stop his marriage with Soha from happening. Now, along with her, Abhi has started doubting Vikram‘s facade which made from lies. During a business dealing, a mutual colleague told him that the man, who is getting married to Soha, is Vikram and not Tejas. This was followed by Abhi seeing Vikram abusing a man.

Abhi was quick to express his concerns in front of Meenakshi, who was too scared to tell him about her past with Vikram. Although we understand the position Meenakshi is in, we really would want her to reveal Vikram’s real face to the whole family. We are keeping our fingers crossed that soon happens and Vikram is thrown out of their house.

What do you think about the latest twists in Vartul? Let us know if the show has become an appetizing watch for you, too!

Meanwhile, for more entertainment, check out the latest episodes of the latest TV shows streaming free on ZEE5.

The Dreamy Romance Of Rama And Pratap Is Just What You Need To Kill The Monday Blues!