Vartul: Will Abhi Get To Know Vikram And Meenakshi’s Truth?

The drama in the Marathi TV show became 10 levels more spicer. Read to find out what we are talking about. 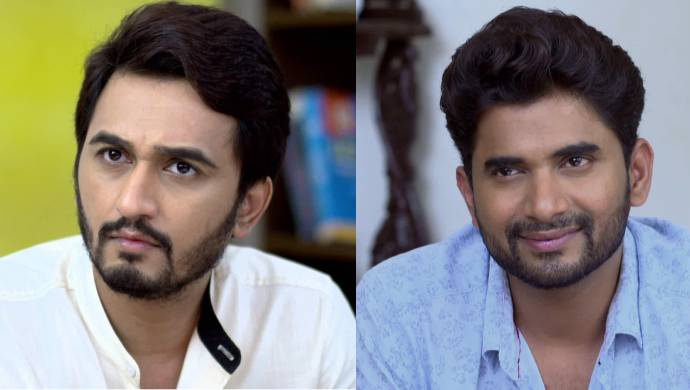 Zee Yuva’s Vartul has the best of both worlds. It is high on Meenakshi and Abhi’s romance along with having a good mix of Vikram’s evil antics to keep the drama flowing. Like, in the recent episode, we saw Meenakshi get Vikram’s fake mother home just to teach him a lesson. Obviously, Vikram was not pleased with this surprise since Meenakshi had gone behind his back to plot against him. Just as we thought Meenakshi is winning this game, there is a new setback in her life which threatens marriage with Abhi. Are you curious to know what we are hinting at? We have got the details.

Watch the Vartul episode below:

It wouldn’t be Abhi and Meenakshi’s marriage if it was smooth-sailing and undramatic. The twists and turns in their relationship have kept us at the edge of the seat as we wait for new episodes. In the latest episode, we saw Abhi almost get to know Vikram’s real identity which the latter has been kept well-hidden for all this while. In Abhi’s house, Vikram goes by the name Tejas Sahastrabudhe, a man who is in love with Soha. However, during a business dea, Abhi gave Vikram’s important papers to his colleague who recognised Vikram and told Abhi that his name isn’t Tejas. This made Abhi slightly suspicious as he spoke about this in front of Meenakshi who already knows the truth about Vikram.

If Abhi ever comes to know the truth about Meenakshi and Vikram’s past, it could break his trust and marriage with Meenakshi. In this scenario, do you think Meenakshi should be telling truth herself instead of Abhi getting to know it from elsewhere? Let us know your thoughts in the comments below.

5 Heartwarming Scenes Between Dagdu And Prajakta In Timepass