Vartul: Will Meenakshi’s Family Forgive Her For Hiding The Truth?

Who thinks Meenkashi deserves another chance? 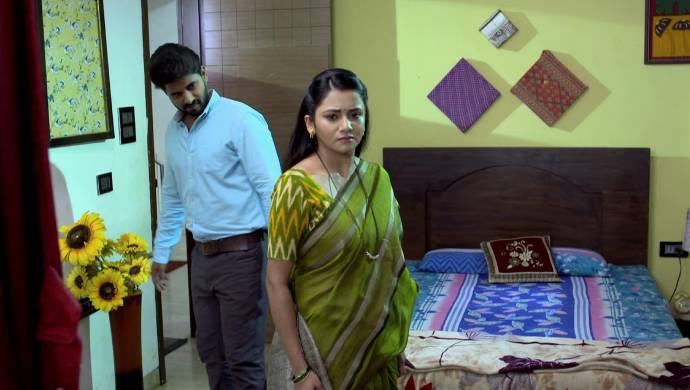 Last week on Vartul, we saw Abhi reveal to his family the truth about Vikram. In the process of revealing Vikram’s real identity and his business details, he even disclosed Meenakshi’s connection to Vikram. Nobody in the family knew Meenakshi and Vikram were married to each other. This came as a shocking discovery to everyone since Vikram was supposed to get married to Abhi’s sister, Soha. Now that the family members know the truth, they might get a wrong impression of Meenakshi who is a good person. Do you think they will ever forgive her for hiding Vikram’s truth from them?

Watch an episode of Vartul below:

Each time, a poor Meenakshi is trapped because of her unfortunate past with Vikram. After moving on happily with Abhi, Meenakshi never told anyone the details about her first marriage. She hid it after Vikram threaten to kill Abhi which he was very much capable of doing. However, the truth didn’t stay hidden for a very long time. Abhi got to know Vikram’s heinous side that no one in the family knew. Followed by that, Meenakshi confessed to Abhi about her first marriage with Vikram. On knowing this, Abhi is baffled and so are the family members. We hope they give Meenakshi another chance as she isn’t a culprit in this situation. In fact, she is Vikram’s victim just like Soha and everyone else.

Abhi is hurt and angry with Meenakshi for what she did. This is a difficult situation to be in, but he can always forgive Meenakshi. We would love to know your opinion on this situation. Let us know in the comments section.

Watch The Adorable Love Story Of Rama And Pratap On ZEE5

Almost Sufal Sampoorna: Will The Misunderstanding Clear Between Sai And Nachiket?