After playing piano, he strum your heartbeats while playing guitar. 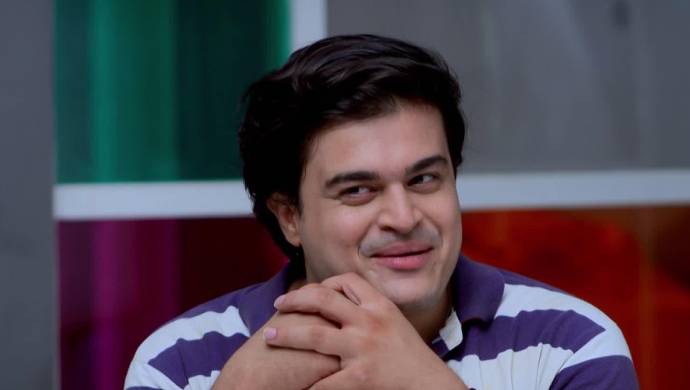 When the child is born in the typical Indian family, with the blessings come two expectations: 1. The parents want their child to become an engineer or doctor. 2. They want the kid (who is just his nappy days) to have a musical ability. While some children might inherit the musical talent from the previous generations, the others hit jackpot with it. Our favourite Phulpakhru character Sameer is no different. The actor Ashish Joshi has got the best of both worlds. Meaning, coming from a family of singers, he has inherited the melodious voice and also has an inclination towards musical instruments. This time, he strummed the guitar strings (and our heartbeats) while performing on a Bollywood number.

Before you proceed on to hearing Ashish being in his element, watch Phulapkhru below:

So, happy #worldmusicday #instafamily … Posting this video on this occasion, it's a weird coincidence though. . The fact is, I never could imagine myself playing a guitar… Even the thought of holding a chord would send a weird feeling into my fingers. But then, some proper coaching (courtesy of @apt_yashomaan ) later, here I am, playing some decent sound. I know it isn't perfect! But hell with it… It's world music day today! So if you feel like you wanna play an instrument, learn a song, or simply song your heart out, go ahead. Do it! Enjoy it! Coz where words fail, music succeeds… . Special mention… Video shot by @jyoti_nimse by a phone provided by @mugdha_puranik … The enthusiastic audience to my humble concert!!! . #ZeeYuva #zee5 #phulpakhru #sameer #samstyle #supersam

If there was one line that would aptly describe our feelings after watching Ashish’s Instagram performance, then, it would be, ‘He came, he saw, he conquered.’ For us, it was truly surprising to see Ashish, an expert in playing the piano, play the guitar with excellence. He sang Ek Ladki Bheegi Bhagi Si from the film Chalti Ka Naam Gaadi (1958). The song was originally sung and composed by Kishor Kumar and S D Burman respectively.

The actor thanked his Phulpakhru co-star Yashoman Apte for training him to adapt to this instrument. As earlier in a candid interview with us, Ashish had modestly admitted to having a lack of experience with guitar. After listening to him, do you think his character should do a solo performance in Phulpakhru? Give a shout out for the actor and let us know your thoughts in the comments below.