Want To Know What Pallavi Patil From Baapmanus Does In The Kitchen? Watch This

You might have seen her character being mean in the Marathi TV show. Don't worry, it real life she's is a complete sweetheart! We have proof. 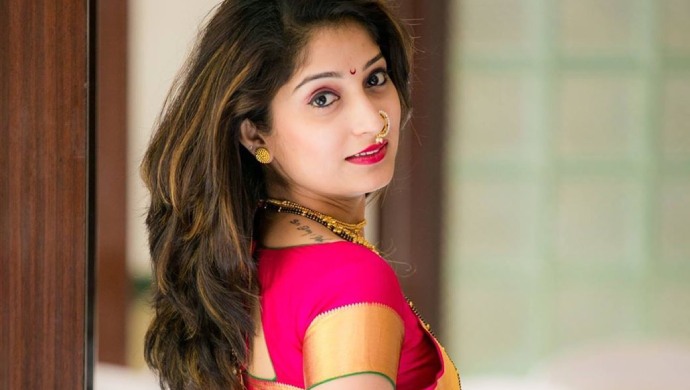 No matter how much one talks about the adverse effects of your phone, but, our life would be pretty boring in its absence. Along with a phone, comes a cartload of fun applications which are dying to be explored. Like, Tik Tok, an app which lets you act on the dialogue! Recently, following this trend, we saw the Baapmanus actress Pallavi Patil who essays Nisha’s character.

In Baapmanus on ZEE5, she has to put on a special accent to portray her character!

On social media, many celebrities are addicted to these apps just as much as us. Luckily, Pallavi shot a Tik Tok video to show us what she what she does in the kitchen. You might have elaborate ideas about her culinary skills. But her answer pleasantly surprised us. Have a look!

As we watch this, we can’t stop laughing and re-watching this video. We probably even cracked our screen double tapping on it. She is so convincing in her negative character that is almost hard to believe her goofy persona. On this note, we would like to resume to making our own Tik Tok videos.

Do you like Pallavi’s character in Baapmanus? Do let us know your thoughts in the comments below.

Meanwhile, if you have enjoyed this Marathi show, it’s time to watch Phulpakhru streaming free on ZEE5.

Almost Sufal Sampoorna: What Do You Think About Nachiket's Smart Plan?