If you are still remembering your favourite scenes from the movie, then these facts will cure this Marathi film's hangover. 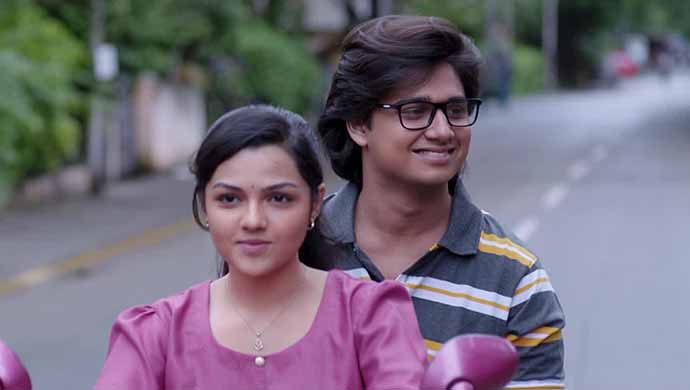 Are you looking to return to your good old days? Then it is time you to take a break from scrolling your camera roll and tap on Ti Saddhya Kay Karte streaming on ZEE5. Watching this movie, you will go through a roller coaster of feels and an ample of nostalgia that even those #ThrowbackThursday pictures on Instagram fail to give you. Seeing Anurag and Tanvi’s childhood story will make you remember your own teens  when your biggest hurdle in life was finishing the Maths homework. The beauty of this movie is although it plays on the stereotypes from our childhood, the ending is far from it.

If after watching it, you are still going through the TSKK hangover (totally understandable), then we’ve got a perfect cure for you. Here are the lesser known facts that will help you get closure to this state of mind.

2. Heart of a singer

Staying true to her calling, Arya Ambekar has also sung Jara Jara (reprise) and Hrudayat Vaje Something. We won’t judge you if you have probably broken the replay button hearing both these songs.

Abhinay Berde essays the character of younger Ankush Chaudhari (AKA Anurag in the film). Ankush Chaudhari’s first film (Suna Yeti Ghara) was alongside Abhinay’s father, Laxmikant Berde in 1995. How’s that for a coincidence?

Seeing the excellent chemistry between Tejashri Pradhan and Ankush Chaudhari, this fact, might surely be unbelievable. Nonetheless, you’ve got to know, it is their first film together.  Tejashri’s first project was Honar Sun Me Hya Gharchi on ZEE5 which was a big hit.

Phulpakhru: Yashoman Apte and Ashish Joshi Impress Us With Their Bromance, Yet…

Nude – International Cut: 5 Scenes That You Didn’t Get To See In The…

Did this movie take you back to the good old days? Do let us know in the comments below!

You can watch more Marathi films streaming on ZEE5.