The lead character Shubhada, played by Sai Tamhankar, suffers from this mental illness. More details inside! 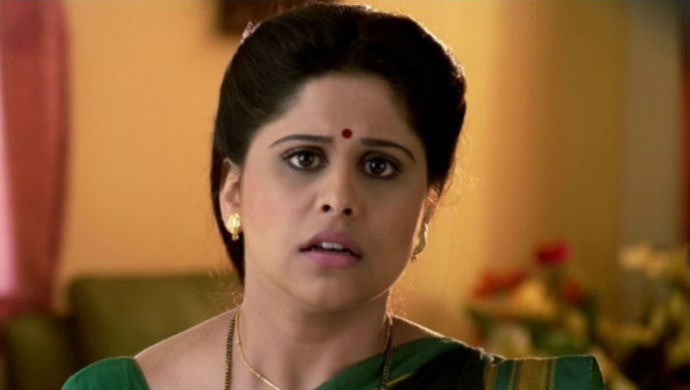 Sau Shashi Deodhar starring Sai Tamhankar, is a psychological thriller that tells the story of Shubhada, who meets with an accident and wakes up the next morning to find that her world has changed. She can’t find her family and even discovers that she isn’t who she thinks she is. Through the course of the film, it is discovered that Shubhada is suffering from Dissociative Identity Disorder. This disorder occurs in people that have suffered from trauma or emotional/sexual abuse at a tender age. The disorder is also termed as Multiple Personality Disorder in which people adopt two or more distinct personalities and disassociate with their own personality and reality.

These personalities, also called as ‘alter egos,’ then take over the person’s real personality. This is coping mechanism for a person who isn’t able to deal with the trauma or severe abuse that he or she is experiencing. The split personalities have their own name, sex, mannerisms, appearance etc. A person suffering from DID adopts the personality of his or her alter ego and starts living in that reality. The split between two personalities can occur within seconds, minutes or days. With DID, a person has trouble remembering details of their own identity.

The physical symptoms of a person suffering from DID include depression, mood swings, anxiety, suicidal tendencies, hallucinations, eating disorders etc. This disorder also involves people having “outer-body-experiences” where they feel like they are watching themselves in a movie. This experience is termed as depersonalisation.

People with DID also suffer from derealisation where they feel that the world they live in isn’t real and amnesia, where people forget the smallest of details. Though there is no medication to cure DID, consistent therapy, hypnosis and art and movement therapy is said to be effective.

Want A Date With Saie? Here’s All The Info About The Actress You Need To Know!

Have An Irritating Sibling? You Will Relate To These Things From Chi Va Chi Sau…

Watch the film above and tell us your opinion in the comments section below.

If you like psychological thrillers, don’t miss Radhika Apte’s Phobia, exclusively on ZEE5.

Like Thriller? Watch Ashok Saraf And Shivaji Satam's Me Shivaji Park On ZEE5!