Who Was Tukaram? Learn All About The Man That Tatya Worshipped In Pushpak Vimaan

Tayta played by Mohan Joshi, is an ardent follower of Tukaram. But who was he? Read and find out! 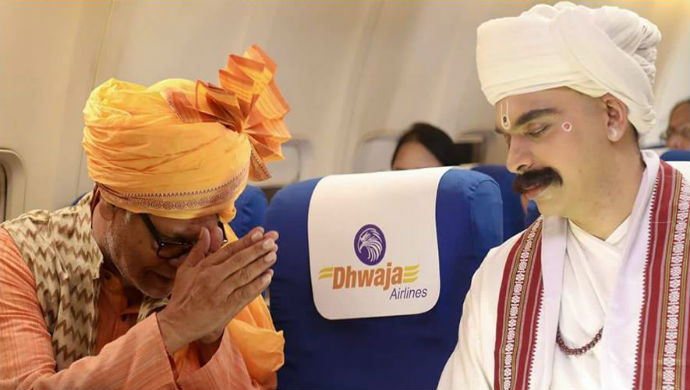 Pushpak Vimaan starring Mohan Joshi and Subodh Bhave, tells the story of 86-year-old man Tayta (Mohan) who is a worshiper of Hindu poet Tukaram and believed in the tale which suggests that the saint, boarded an airplane and made his way to heaven. As a result, Tatya too wants to board an airplane like Tukaram, and follow suit. But his well-wishers and own grandson Vilas (Subodh) are hesitant to make Tayta travel by flight, considering his ill health.

Does Tatya finally board an airplane and make his dream come true? Watch the film and find out.

Through the film, we see Tatya imagining Tukaram and having conversations with him. The saint, dressed in a white dhoti and pagdi assures Tatya, that he is on the right path and shouldn’t be afraid to pursue his dream. But who is this man who keeps haunting Tatya’s imagination every now and then?

For the uninitiated, Tukaram, also known as ‘Sant’ Tukaram, was a 17th century Hindu poet, involved in the Bhakti movement in India. He was known for his devotional poetry and spiritual songs, also known as Kirtans. His poetry and music were devoted to Lord Vishnu. Tukaram was born to a scholar family and belonged to a Kunbi caste. Both his parents passed away when Tukaram was a teenager. He later married Rakhama Bai and the couple had a son named Santu. Sadly, his wife and son passed away in the Bengal famine that took place between 1630-1632.

The film Pushpak Vimaan is based on the tale which suggests that once Tukaram, was addressing a crowd of thousands on the river banks of Indra. He was performing his kirtan and praying to lord Vishnu when all of a sudden, the clouds cleared and there it was, an airplane! The tale is hard to believe since this apparently occurred close to the 17th century, when airplanes hadn’t even been invented. But thousands of people, according to certain scriptures, witnessed this mesmerising moment. It is suggested that Tukaram left the kirtan, boarded the plane and made way to heaven.

What do you have to say about this theory? Post your thoughts in the comments section below!

How To Save Your Relationship From A 'Madhura' Of Aamhi Doghi?