Why Archi From Sairat Is An Inspiring Character For All Women

The character is played by popular Marathi actress Rinku Rajguru. Read our opinion about Archi inside! 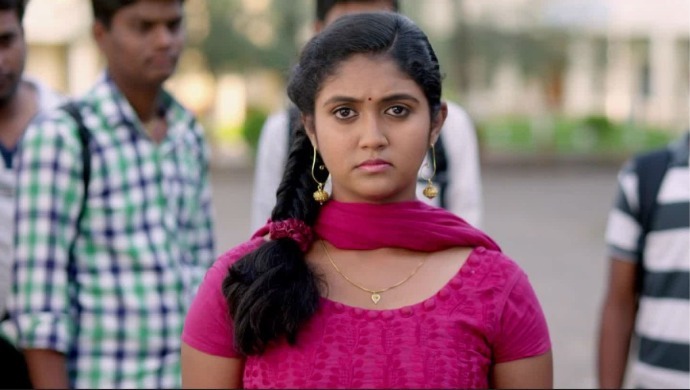 Nagraj Manjule’s Sairat tells the story of two individuals who belong to different economical backgrounds and start a life together. Parshya (Akash Thosar) comes from a poor family while Archi (Rinku Rajguru) hails from a rich, influential family. Given their varied social statuses, Archi and Parshya’s relationship isn’t accepted by their families and the two elope. While the film’s love story is inspiring, the characters are equally so. Parshya is the ideal man every girl would want to be with- he’s kind, caring and charming. Archi on the other hand is a strong, independent girl that most women aspire to be. She stands as a beacon of hope for all women who wish to break the patriarchal shackles of society.

Though Archi comes from a renowned family, the society she lives in is the same as Parshya’s where regressive thinking takes center stage. As a result, the two suffer from the same fate, despite being from different backgrounds. Going against societal norm is tougher for women, because of the ridicule they are subjected to. Society tends to focus more on a woman and make her the victim of blame games, even when a man is at fault. But Archi knows all this too well and yet doesn’t let the pressure, get to her. She stands for what she believes in and is tough. You can’t mess with her and she makes sure she sets you right, in case you do.

There’s a scene in Sairat where Parshya is getting beaten up by Archi’s cousin. Though she hasn’t formally declared her love for Parshya, she still takes a stand for him. She warns her cousin to stay away from him and threatens to beat him the next time he touches Parshya. In small towns where girls are expected to be coy and do what they are told, Archi stands out as the maker of her own rules.

She isn’t afraid to own her love and even says the three magical words first, when professing her feelings for Parshya. It’s she who prods him and not the other way round. Archi struts around with confidence and takes charge when need be. In every way, she is a woman that most of us wish and want to be. All in all, Archi is a boss lady that makes us go ‘yas queen!’

Would you agree with our opinion? Post your thoughts in the comments section below!

Phulpakhru: Will Sulu And Aai Come Face To Face On Baba's Birthday Party?