Bhau Kadam's character in the film is manipulative in his ways. Why do we say so? Find out! 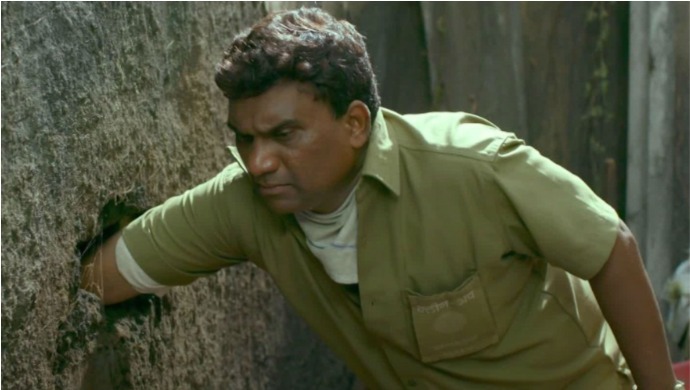 Nashibvaan starring Bhau Kadam, tells the story of a sweeper Babanrao, who dreams of a bigger and better life. But instead of earning money in an ethical way, he chooses the path of stealing. His greed gets the better of him and soon Babanrao’s personal and professional life starts getting affected. Going by the graph of Babanrao’s character in the film, it is evident that if you are a liar and a thief, you have to be smart about it too. You can’t get away with your crimes, if you don’t display cleverness. What’s amazing is that greed forces someone as simple as Babanrao to act in manipulative ways.

There are many scenes where Babanrao’s quick thinking comes to the fore, including one where he goes to a sweet shop to pack a box for his family, with his new found money. He coughs up a Rs. 500 note and the shopkeeper starts checking its authenticity. It’s clear that Babanrao is guilty conscious here as he immediately asks the shopkeeper on why he’s checking the note. “Do you think a sweeper like me will give you a fake note? I’m a noble worker and you can have a look at my uniform. I’m not a liar,” he says. Now with an innocent story like that, who wouldn’t fall for it, right?

In another scene, Babanrao is coming up with ways to get access to the locked compound where he finds the hidden money. To make things easier for himself, he finds the key that is used by his boss and instead of stealing it, he simply takes a print of it on a bar of soap. He then takes the soap to a key maker and asks him to replicate the design. When the key maker gets suspicious of Babanrao, he tells him the same tale about being an honest sweeper!

Well even though Babanrao outsmarted most people, in the end his greed was the result of his downfall. Watch the film and let us know your thoughts in the comments section below!

Phulpakhru 12 June 2019 Written Update: Aai And Baba Write Letters To Each Other