Ye Re Ye Re Paisa Review: Umesh Kamat And Tejaswini Pandit Will Take You On A Fun Ride 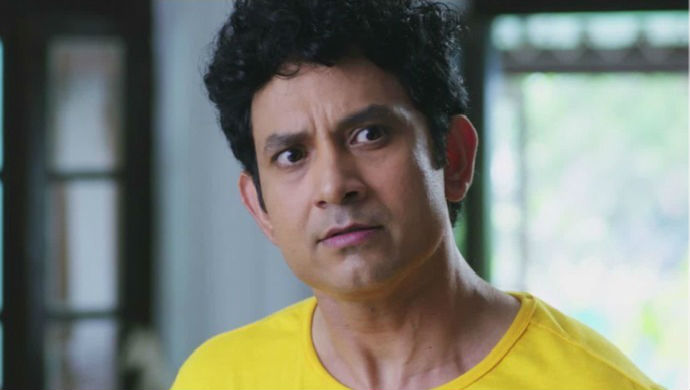 Sometimes you need a film which is an outright entertainer that makes you laugh all the way. Such films provide a sense of escapism from the stressful lives that we lead today. Sanjay Jadhav’s Ye Re Ye Re Paisa is a clear example of the same. The film starring Umesh Kamat, Tejaswini Pandit, Mrinal Kulkarni, Siddharth Jadhav and Sanjay Narvekar tells the story of  five people, whose lives are intertwined when they set out on a mission to find a lost sum of money, specifically, a whopping Rs. 20 crore.

All the characters in the film are trying to figure out who stole the money and the comedy lies in the sheer confusion that it creates. Anna (Sanjay) is a recovery agent who receives the amount but loses it to Aditya (Umesh), an aspiring actor, Sunny (Siddharth) a ticket-seller at a cinema hall and Babali (Tejaswini), an inspiring actress. Then begins a journey of these three trying to repay Anna the big amount. The characters are made stronger by the powerful performances by the star- studded cast. Umesh is out of his comfort zone as he tries his hand at a slapstick comedy and pulls if off effortlessly. He evokes a few laughs with his comic timing, especially in the scene where he uses his phone and covers it with a handkerchief, to make it look like a gun and threaten someone. And guess what? He actually takes the call when his phone rings!

Tejaswini is convincing as an aspiring heroine and unlike in most multi-starrers where the actress is reduced to being a love interest or eye candy, she has a meaty role. Siddharth owns his character as Sunny, who is head over heels in love with Babali. The actor proves that comedy is a left-handed play for him. The one who shines however is Sanjay, with his hilarious role as Anna. He balances the act of being funny and scary at the same time, with ease. Watch out for the scene where he enters a cinema hall and creates havoc.

Mrinal doesn’t have much of a role to play but still add weights to the story as a widow, looking to make ends meet. Her character Janhavi shares a great chemistry with Aditya in the film. At every second scene, there’s either a one-liner or an incident that will leave you in splits.

The film also boasts of foot tapping numbers, especially the introductory track where the characters are introduced. Another factor that makes YRYRP stand out is the way it begins. Director Sanjay Jadhav gives us a lowdown into each character,with the help of a hilarious commentary.

The direction and cinematography both win brownie points. Each scene flows well into the other and you can tell that YRYRP has been made on a grand scale. All in all, YRYRP is an amalgamation of glamour and comedy, that you should definitely watch. It’s an entertaining film that will make you forget your worries in an instant!

Watch the film and tell us your views in the comments section below!

For more such entertaining films, check out the collection of fun Marathi films on ZEE5 here.

Saajana Promo: Will Pratap Be Able To Lessen Rama’s Anger?