The judges of Yuva Dancing Queen were impressed by Girija Prabhu's unique performance. 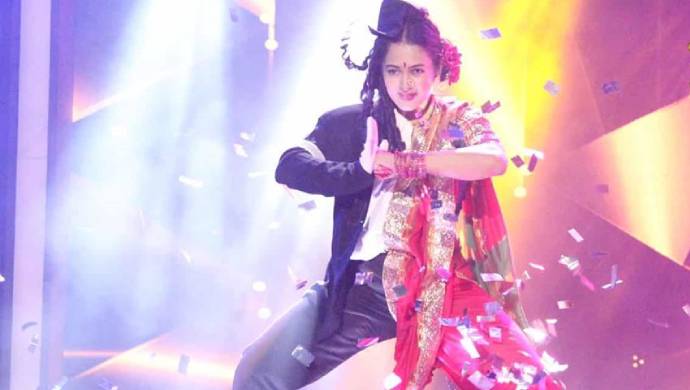 You know your time is going to be well spent when you begin streaming the dance reality show ‘Yuva Dancing Queen‘ on ZEE5. This dance competition has celebrities who have come together to display their dancing skills and win the first-ever title. Until now, even though the reality show only just began, the platform has already seen numerous remarkable performances which made the viewers applaud loudly. This week too has more such acts which we are excited to watch. Here’s a sneaky glimpse of one such dance number that you are going to soon witness!

Girija Prabhu the contestant of Yuva Dancing Queen who wears many hats. Apart from being an accomplished actor and model, she is also a fantastic dancer. This week, we are going to see her dance to Micheal Jackson and Lavani’s songs. She is going to achieve this feat in a single performance in which she is going to keep switching her moves between the two genres. As if that wasn’t all, Girija will be seen donning a specially customised suit and a saree. Can you imagine how the different attires can blend together? To know, check out the pictures. The judges, Sonalee Kulkarni and Mayur Vaidya couldn’t stop gushing about the thought which was put behind Girija’s performance.

We love to see the contestants stepping up their game every week with the help of judges’ feedback. Are you as excited as to watch the performance? Let us know your thoughts in the comments below. Don’t forget to watch the episodes of Yuva Dancing Queen streaming from Wednesday to Friday from 9.30 pm onwards.

Saajana: Can Rama Reach Her Engagement Venue In Time?