Yuva Dancing Queen: Can You Guess What Gayatri Datar And Dhanashri Kadgaonkar Do On Sets?

The actress, while having a successful run on the show, having a blast when they are together! 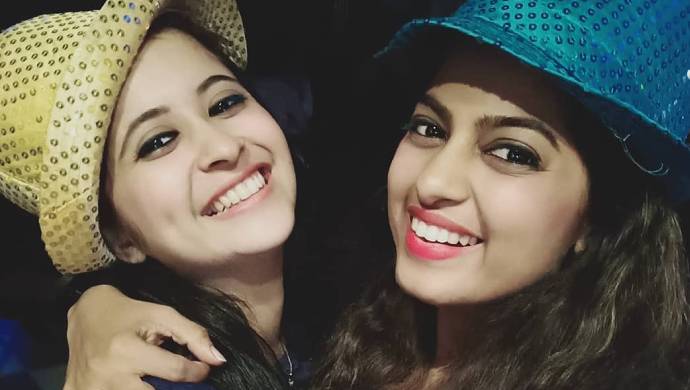 Yuva Dancing Queen streaming on ZEE5 has brightened our weekdays with remarkable performances which keep coming our way. The contestants of this Marathi dance reality show have taken it upon themselves to entertain us, as they experiment with different dance forms on stage every week. Until now, we have seen everything from Lavani performed on a rope to theatrical dance which made the viewers emotional. Amidst this, we don’t always get to see the fun side of the contestants who take their seat after their performance. However, this changed after Zee Yuva gave us a behind the scenes glimpse into Gayatri Datar and Dhanashri Kadgaonkar‘s friendship on the sets of the show!
Watch an episode of Yuva Dancing Queen below:

We have known Gayatri since her time in the superhit serial Tula Pahate Re where she was cast opposite Subodh Bhave. On the other hand, Dhanashri, too, also had a successful run in Vahinisaheb’s character on Tuzhat Jeev Rangala. Both the Zee Marathi actresses made their debut on Zee Yuva through Yuva Dancing Queen. Keep their competition limited to the stage, Gayatri and Dhanashri became close friends. Recently, Dhanashri uploaded a  boomerang of Gayatri giving her peck as a testament to their friendship. Check out the video below!

We love how these actresses while trying to win the title are getting along with each other. After seeing this video, we are keeping our fingers crossed and hoping to see more such candid videos come our way. It would be a treat to the eyes, don’t you think? Let us know your thoughts in the comments below.