The contestant of the Marathi dance reality show made the viewers sentimental. 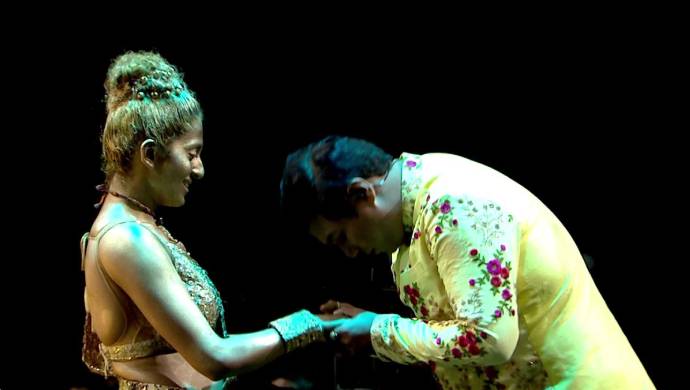 The energetic performances of Yuva Dancing Queen have made a special place for themselves in the viewers’ hearts. In the journey so far, we were lucky to witness these acts by the contestants who superseded our expectations. In the last episode of the Marathi dance reality show, Krutika Gaikwad impressed us with her performance and made the judges emotional her dance moves. In case you missed this segment, here’s everything you need to know about it. Have a look!

The ‘golden girl’ Krutika made an entry wearing gold embellished clothes and body covered in metallic paint. Her theatrical dance performance, choreographed by Omkar Shinde, began on the song Vaat Disu De from the film Jaundya Na Balasaheb. Although the Yuva Dancing Queen contestant didn’t have backup dancers supporting her act, her power-packed dance moves didn’t make us realise their absence either. By the end of her performance, the judges Mayur Vaidya and Sonalee Kulkarni were taken aback by surprise. Mayur revealed in front of the audience that how she took him down the memory lane and reminded him of the time when his father had thrown his ghungroos. While wiping the tears from his eyes, he got up from his seat to bow in front of Krutika. Check out the video below.

What was your first reaction after seeing Krutika’s tearjerking act? We would love to know your thoughts in the comments below. In case, you love watching these glimpses from Yuva Dancing Queen, don’t forget to check out the best moments from the show streaming free on ZEE5.

Almost Sufal Sampoorna: Was Sai Right In Asking Nachiket To Leave Her Alone?