Can you guess how Gayatri reacted to this surprise? Check out the details inside 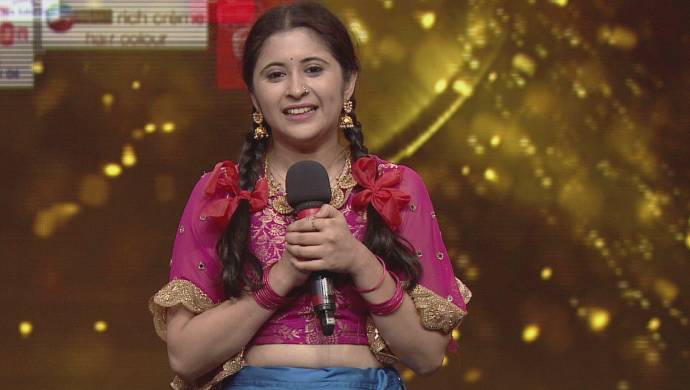 We have been enjoying Zee Yuva’s dance reality show Yuva Dancing Queen and we bet you have been too! This show feature contestants from various backgrounds, participating in a dance competition. Like us, even you will be impressed by the power-packed performances, that win applause from the audience as well as the judges. Recently, one of the contestants, Gayatri Datar-who was last seen in Tula Pahate Re- impressed the judges with her act, where she was seen playing a young girl. She sported traditional attire, and wore her in pigtails. After her act ended, the actress was given a surprise by her co-contestants. Curious to know how Gayatri reacted to this surprise? Have a look!

We got excited after learning about Gayatri’s participation in Yuva Dancing Queen. The actress, who played Isha Nimkar  Tula Pahate Re opposite Subodh Bhave, has become our favourite, with her stellar performance in the Marathi serial. After seeing her killer moves on Yuva Dancing Queen, we can surely say that the actress has surpassed our expectations., The actress earned several compliments from judges Mayur Vaidya and Sonalee Kulkarni, for her latest performance. In order to surprise Gayatri, Adwait Dadarkar asked her to close her eyes and wait till she’s asked to open them r. When she does, she finds that the other contestants have come on stage and gathered around her! To know what happened further check out the video.

We couldn’t stop laughing at this prank, played by the contestants on Gayatri.  Are you amused too? Tell us your thoughts in the comments below. Don’t forget to catch Gayatri’s performances on Yuva Dancing Queen, from Wednesday to Friday, at 9.30 pm!

5 Times Phulpakhru Actress Hruta Durgule Owned Blue Like No One Else!