Want a new movie to binge on? We have got you covered with this Dilip Prabhavalkar starrer. Go watch it now! 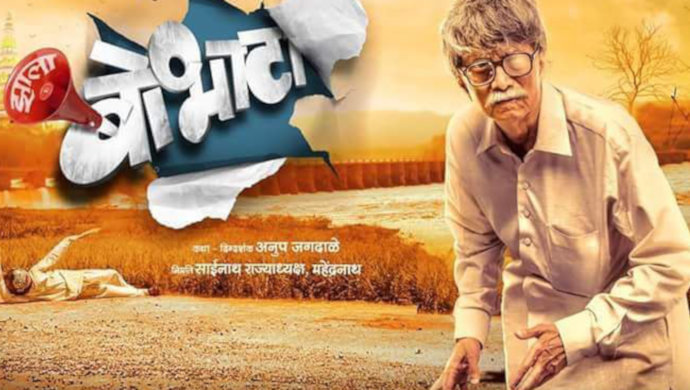 We recently watched Zala Bobhata on ZEE5. The movie takes us on a fun rollercoaster through the protagonist, Appa played by Dilip Prabalvalkar. The hilarity ensues when he falls in a comatose state with an important secret everyone wants to know. Even in that condition, his antics impress us unfailingly. Our final judgement? Dilip Prabhavalkar’s character is the amount of cool we aspire to be in life. On that note, here is a buffet of other (SUPER!!) convincing reasons that’ll make you watch the film.

Before you proceed, don’t forget to watch Zala Bobhata again

You have seen Dilip Prabhavakar, Teja Devkar and Bhau Kadam impressing us in a variety of shows. Under Anup Jagdale’s direction in Zala Bobhata, the actors’ talents will blend into the best smoothie you have ever had.

Amazing comics including Bhau Kadam from Chala Hawa Yeu Dya and Dilip Prabhavalkar from Shriyut Gangadhar Tipare, make laugh till your stomach hurts. Even when you are one those people who goes by Hollywood’s humour standards, Zala Bobhata will steal your hruday #LikeABoss.

Just like a smoothie, Zala Bobhata balances it’s ingredients, humour and serious issues, nicely. The movie subtly hints the lack of doctors in the rural regions and emphasises on cleanliness and ban on nicotine. As you go on to watch it, you catch your savouring the aftertaste of this delicious buffet.

So, tell us in the comments your favourite scene from this film!

If you want to watch another heartwarming movie, watch Ventilator streaming on ZEE5.

Kaale Dhande: 5 Sizzling Pics Of Neha Khan, Who Is Seen In The ZEE5 Marathi Original