These actresses made their presence felt at the red carpet of the Zee Gaurav awards' nomination party. Whose red carpet look did you like the most? 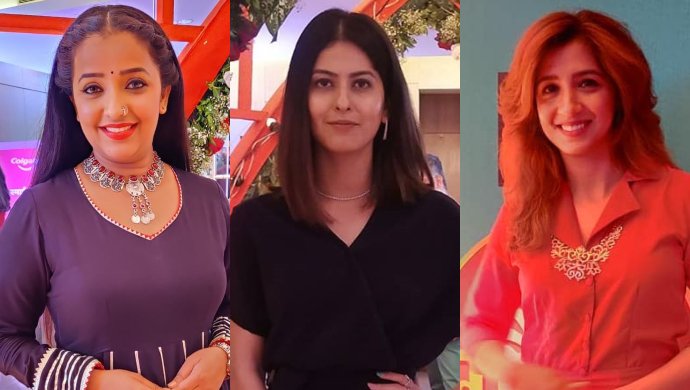 The nominations for the much-awaited Zee Gaurav Puraskar 2020 were announced in a grand celebration that took place over the weekend. A number of celebs of the Marathi film and theatre industry were present at the nomination party. The theme of this year’s party was solid vibrant colors. The celebrities raised the glamour quotient at the red carpet by wearing solid colors according to the theme of the party. Let’s look at some of the Marathi TV actresses who looked absolutely ravishing in their red carpet look.

Apurva Nemlekar who plays Shevanta in the horror TV show Ratris Khel Chale 2 looked like a glam doll at the nominations party. Unlike her character Shevanta who is quite the seductress in the show, the actress kept it casual at the red carpet. She wore a long grey dress and a silver neckpiece to complete her look. The nose pin added beauty in this simple yet stylish look of hers. Don’t miss her red shade of lipstick which looks just perfect on the actress!

Watch the actress in her element in the show Ratris Khel Chale 2 here.

Just look at how cute she looks in this boomerang!

Abhidnya Bhave, who played the vamp in a couple of popular TV shows like Khulta Kali Khulena, and Tula Pahate Re on Zee Marathi also rocked the red carpet look with her glamorous style. The actress was also a finalist of the Chala Hawa Yeu Dya‘s Celebrity Pattern. Abhidnya dazzled the red carpet with her black kimono style dress. The only way to keep it stylish is to keep it simple!

While the host of Alimili Gupchili, Snehlata Vasaikar looked beautiful in a long red collared dress which she paired with a silver neckpiece. Doesn’t she look ravishing in red? She’s on her way to kill the red carpet look!

We are, however, confused as to which actress rocked the red carpet look! What do you think?

Cast your vote below and let us know!

Planning To Buy Glares For The Summer? Get Tips From These Yuva Dancing Queens